Clackamas Fire District #1 is one of the largest fire protection districts in Oregon, proudly serving over 220,000 citizens and covering nearly 235 square miles. Our career and volunteer firefighters respond to tens of thousands of incidents annually from 20 strategically located fire stations.

In order to ensure that Clackamas Fire District #1 provides the resources that are required to respond to the current and future service demands, a Standards of Cover (SOC) document is maintained.

Click here to read our current Standards of Cover

Prior to 1933, cities were not authorized to provide fire protection outside of city limits; therefore, there was little or no fire protection. In the 1930s, the Oregon Legislature authorized the formation of Rural Fire Protection Districts to provide services in unincorporated areas. The unprotected gaps were called Fire Management Zones and were served by counties. The commissioners formed Clackamas Fire District #54 in the area surrounding Oregon City. 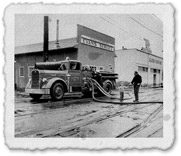 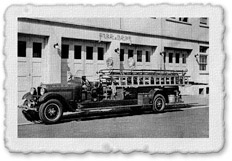 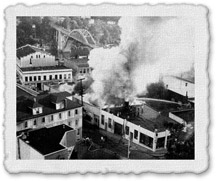 All of these mergers, consolidations, and contracts have resulted in Clackamas Fire District #1 providing services to over 220,000 permanent residents in an area covering nearly 235 square miles with 20 community fire stations in urban, suburban, and rural areas.